Our new depot in Cornwall is officially open! 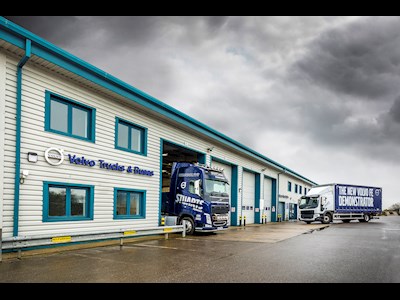 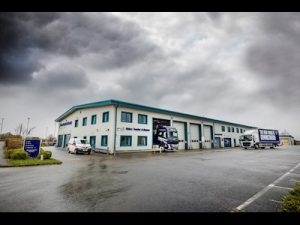 The recently redeveloped seven-acre site is adjacent to the main A30 expressway at Victoria Business Park and represents a six-figure investment for the company, which covers the entire Devon and Cornwall peninsula with their other established Volvo Dealerpoints in Exeter and Plymouth.

Stuarts Truck & Bus opened the Victoria Dealerpoint on 16th October 2017 when its former site in Redruth was closed. 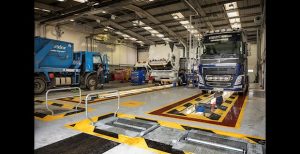 An integral office block contains both the workshop and parts reception desks, in addition to a driver waiting area and welfare facilities.

“Our new Victoria site strengthens our commitment to existing and new Volvo truck and bus customers in Cornwall,” reports Ryan Stuart, Operations Director at Stuarts Truck & Bus, adding “We are scheduled to have an Authorised Testing facility (MOT) bay open soon and the feedback from the local community has been extremely positive. People are pleased to see investment in the Cornish economy.”

“The new Victoria Dealerpoint offers us a much increased capacity in addition to a more convenient location. Most of our customer base will literally pass the door when using the A30. At present our opening hours are day-shift based, but our intention is to move to 7am to 11pm, Monday to Friday and Saturday mornings as soon as possible,” declares Ryan Stuart.

In 2004 Stuarts took over the Volvo Dealerships at Saltash and Redruth followed by the start of new and used Volvo truck sales in 2013, after decades of operating a service and repair franchise.
“Those additional properties and the start of truck sales really changed the way we did business,” recalls Ryan Stuart. “We are now pushing towards 30 per cent market share for Volvo Trucks in Devon and Cornwall and our goal is continue and grow our position as the strongest truck dealership representation in South West England.”